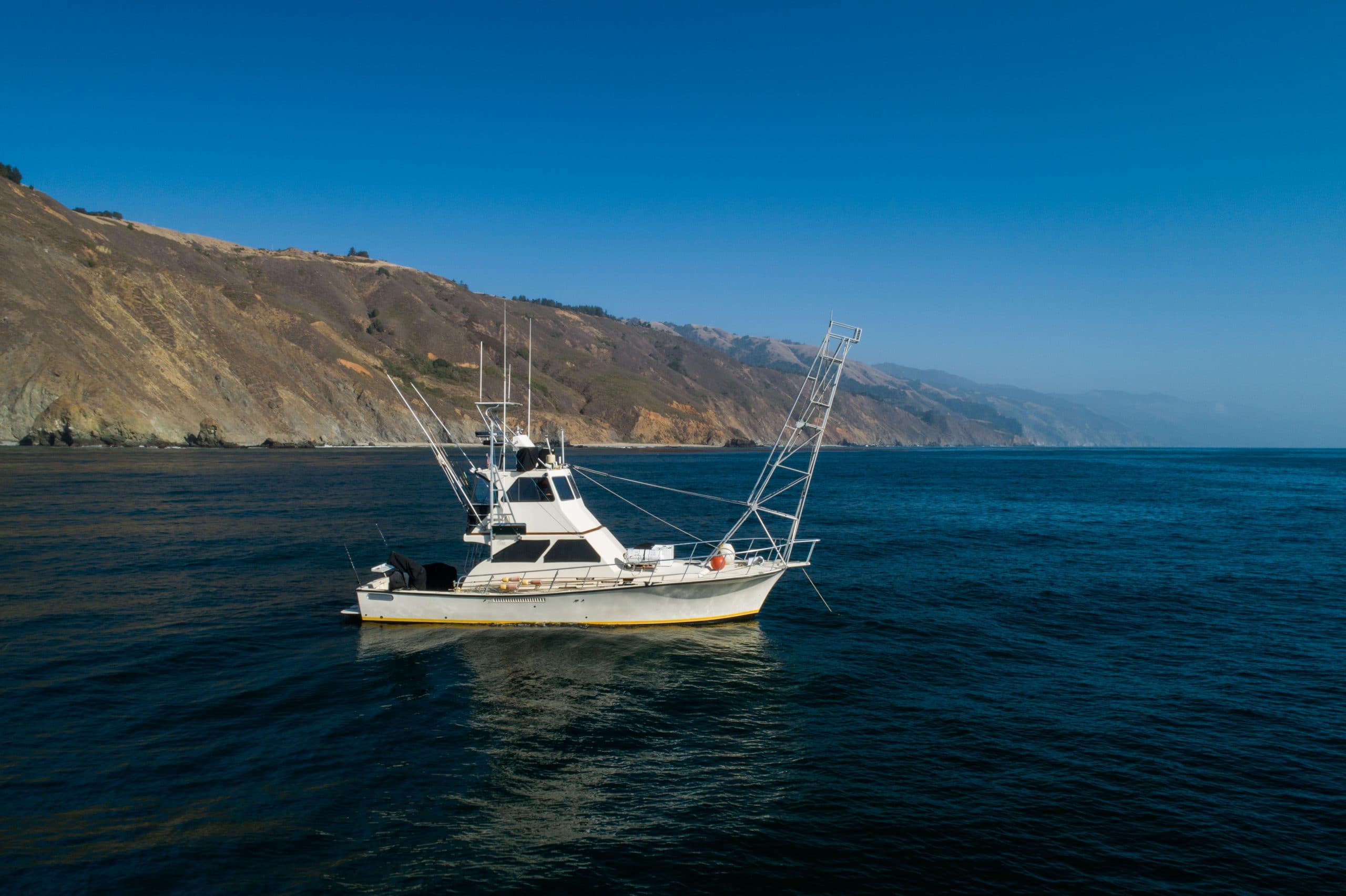 PIER works with local fisherman to develop sustainable options for our fishing communities. 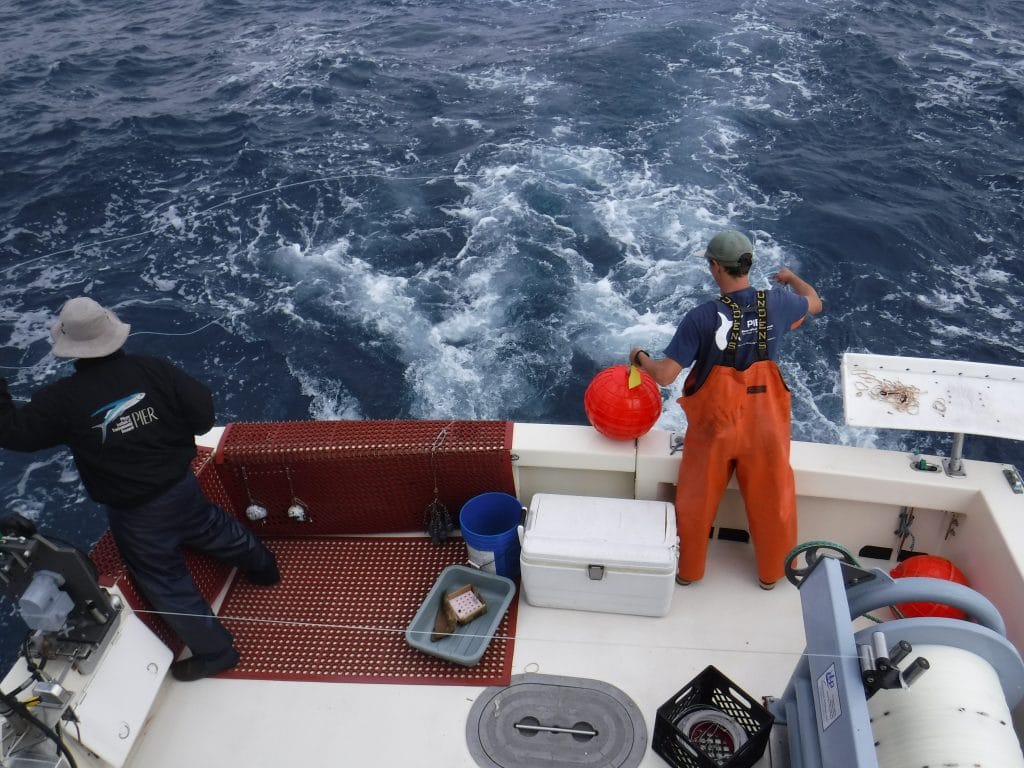 Since 2010, PIER has been using science and technology to develop gear options that allow local fishers to target swordfish with reduced impacts to the environment.  This unique approach uses fine-scale tag data to identify times and depths when the target catch can be selectively harvested.

PIER’s gear development efforts have resulted in the development of two commercial gear types for swordfish that have been recently authorized for use by the Pacific Fisheries Management Council.

PIER continues to work with the fishing community to find sustainable solutions that allow local families continued access to our marine resources. 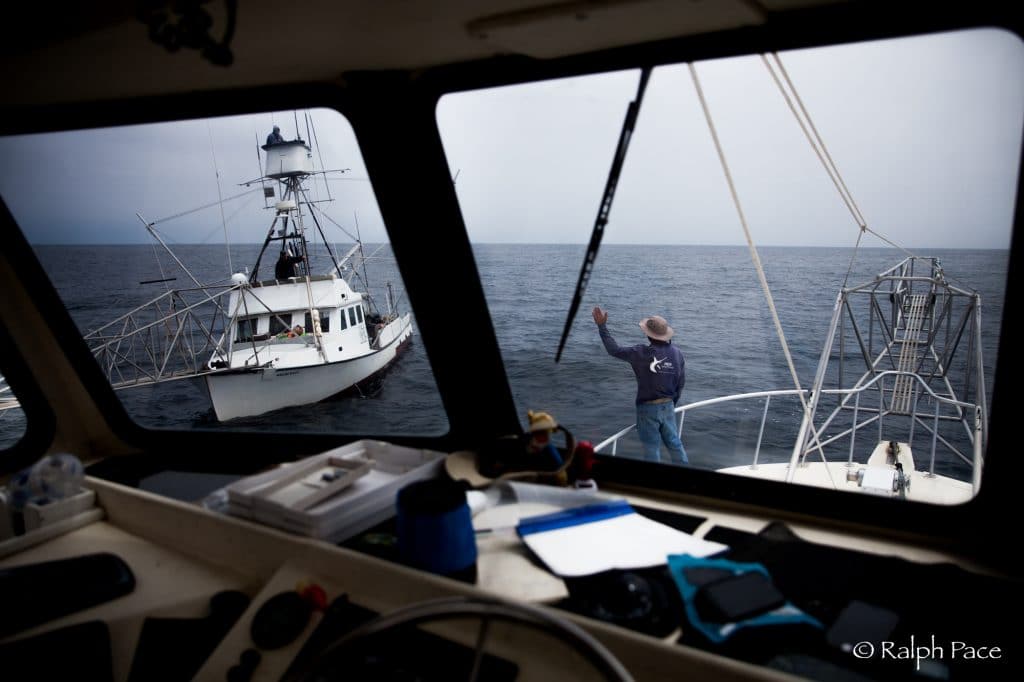 In addition to work off the West Coast, PIER has teamed up with the Nature Conservancy to use a similar Research model off the coast of northern Chile.  The team is currently working with regional partners to document swordfish movement patterns and identify if there are opportunities for selective targeting in this region.

Collectively the PIER team has several projects that focus on the movements, physiology, ecology and fishery development for swordfish off the California coast. 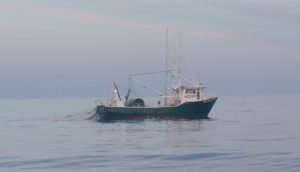 Swordfish Biology and Data Needs Off the California Coast

The swordfish is a large pelagic species that is capable of inhabiting a range of environmental conditions from the warm surface waters to depths well beneath the thermocline (300 to >1,000 m). This species possesses several adaptations for deep diving including intricate gills that are designed for oxygen extraction at depth, very large eyes and a brain heater that maintains the cranial region of this predator warm even when subjected to extremely cold temperatures.

Swordfish are a valuable commercial resource targeted world-wide in every ocean.  In California, recent studies suggest that the stock is healthy and currently under-exploited by U.S. fishers.  Off the California coast there are two primary fisheries that target swordfish, a traditional harpoon fishery (that targets swordfish when they bask at the surface) and the California drift-gillnet fishery.  Both of these commercial fisheries have declined dramatically over the past 30 years despite healthy stocks and robust markets.  With this decline California now relies heavily on foreign imports to fill market demand.  Given the destructive nature of many foreign swordfish operations, one of PIER’s goals is to focus on our domestic swordfish fishery and identify ways to revitalize domestic production.  We feel that this revitalization should be in the form of low-impact commercial operations that have minimal interactions with bycatch species. 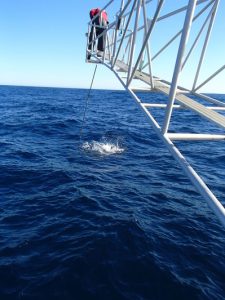 Initially PIER’s work focused on using movement patterns to identify ways to enhance the harpoon fishery.  This research was conceived and funded through the interests of Mr. Tom Pfleger, who was a fishery participant in the late 1970’s.  To address this question, the PIER team set out to document the fine-scale movements of swordfish in the Southern California Bight by deploying short-term PSATs on basking swordfish.  Although this work did not find a specific time of day that had higher basking rates, the study did identify a very consistent trends in the depth distribution during the day that has led the PIER team towards the development of gear types that selectively target swordfish during the day.

Currently the PIER team is exploring alternative gear configurations that target swordfish at depth during the day.  The initial trials have focused on the development and design of deep-set buoy gear, a gear type that uses a simple hook and line configuration that branches from a vertical mainline.  The alternative gear targets swordfish at depths well below the thermocline in order to reduce interactions with other species.  Because only a few species (bigeye thresher sharks, opah) tolerate the cool, dark and low oxygen conditions at depth (300 to 500 m), we feel that this gear has the potential to selectively target swordfish.  Read more about the PIER’s deep-set buoy gear studies.

PIER researchers are working with several partners on the development and trial of alternative deep-set fishing methods for swordfish off the California coast.  The work combines recent movement studies with deep-set designs that minimize the amount of time hooks spend above the thermocline.

The first phase of this work focused on designing a gear type that could help augment the local harpoon fishery.  The team set out to design a low-impact method that could be used to target swordfish at depth during the day.  Working with the NOAA region, the PIER team designed and tested several methods and eventually settled upon a gear that is now being referred to as deep-set buoy gear, or DSBG.  DSBG has been shown to be highly selective for swordfish and other marketable species.  The trial gear is now in in exempted status through the Pacific Fisheries Management Council.  With exempted status, the team was able to equip five cooperative fishers with DSBG in the 2015-2017 seasons. The EFP stage of this project entails collecting landings data and validating the past several years of field research. DSBG has been supported by several independent partners including the NOAA Saltonstall-Kennedy Program, the NOAA BREP Program, The Pew Charitable Trust, The Nature Conservancy and Santa Monica Seafood’s Fish-Wise Program. 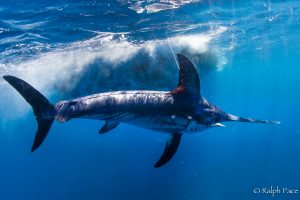 The PIER team is also working on the development of alternative deep-set configurations that can be used to supplement the drift gillnet fishery.  It is our goal to identify a deep-set gear type that provides similar landings with reduced potential for bycatch. As with the DSBG research plan, the team will first design and test the gear prior to cooperative fisher involvement.  The work will continue to collaborate with several partners including the  Southwest Fisheries Science Center, NOAA’s West Coast Region, The Nature Conservancy and the Pew Foundation.

From the early 1980’s through 2000 most of California’s swordfish landings came from the productive waters above Point Conception in the fall months.  These landings, were almost entirely from the California drift-gillnet fishery (CA-DGN).  Since 2000 DGN fishers have been restricted to fish from Point Conception to the Oregon border during the peak of their fishing season.  This regional closure was enacted due to the concern over interactions with leatherback sea turtles.

This two-year grant focuses on documenting swordfish movement patterns (vertical and horizontal) within the closure area and identifying ways to increase gear selectivity for swordfish.  This study will also use the movement data to configure and trial alternative gear types, such as deep-set buoy gear (DSBG), within the region.

To date, the PIER team has tagged thirteen swordfish within the study area and they are now focused on tailoring the experimental gear for the second year deployments.